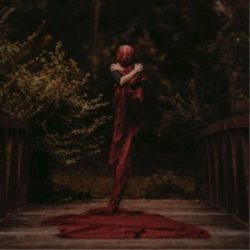 After months of relentless hype and teasing with single releases the time has finally come.  The self-titled release from Bad Omens is here, and I know what you’re thinking “does it live up to the insane amount of hype created this year?”  I’m glad you asked…

We were treated to 4 different tracks leading up to release (Glass Houses, Exit Wounds, The Worst in Me & The Fountain) that truly show off not just the dynamic range of this album, but of the band as a whole.  This is a band that has no issues going from full on balls to the wall metal to something soft and melodic.  Typically, when a band is set to release a debut album they aim for one true sound and try to play it safe, waiting till further down the road to branch off and experiment.  Bad Omens on the other hand?  These guys have thrown a full assortment at you to process.  And I feel this isn’t even scratching the surface of what they can do.

The album opens up with 3 of the 4 tracks that were released prior to the album, Glass Houses & Exit Wounds in particular really showcase the bands metal / metalcore style.  Each of these tracks made me want to break everything was around me and shout the lyrics at the top of my lungs.  If you make it through these tracks without giving yourself whiplash, you might want to check your pulse to make sure you’re still alive.  The Worst In Me was the 3rd single to be released and while it may tone things down with the aggression it steps things up lyrically showcasing front man Noah Sebastian’s singing abilities.

The first of the previously unreleased tracks we hear is FERAL, which takes a completely new turn musically and has a very industrial rock approach.  Kind of has a Nine Inch Nails meets Adema sound to it, with its slow chugging groove and catchy choruses. Enough, Enough Now was one track that really surprised me.  The pure raw emotion in Noah’s vocals sent a chill down my spine and he screams over a low piano driven beat.  This is the first real showing of the “softer” side of Bad Omens.  I gotta hand it to them, they knock it out of the park with this track.

For fans wanting more of the heavy in your face metal this next chunk of the album is for you.  There is the crushing track Malice which is certain to rip open mosh pits and whip crowds into fist pumping frenzies.  It kicks off immediately with a full on drum assault pairing perfectly with the in your face aggressive vocals.  Hedonist, one of my personal favorites, is short and sweet but still packs a powerful punch and message. Broken Youth rounds out this trifecta of heaviness. The drumming on this track is vicious and is destined to get the bodies moving.

The last third of the album lets the foot off the pedal slightly and lets the flip side of the band shine. It seems increasingly rare to find a singer that can not only scream but also sing.  On Crawl, the singing really shines through as the lyrics are packed with emotion and paired with the beat create a truly beautiful yet haunting song. The Letdown brings all the elements we’ve seen and rolls them into one.  The screams blend seamlessly with melodic singing.  Feeling the need to crank the intensity back up to 11 one last time Bad Omens drops what is probably my second favorite song of the album, Reprise (The Sound of the End).  It has breakdowns, chants and athematic choruses.  This one seems destined for a live setting. The album wraps with the 4th and final prerelease single, The Fountain.  Its marching drum beat draws you in for a soothing unwind from the journey this album just took you on.  Once again showing off the dynamic range this band has.

It’s crazy that this is a debut album of a newly signed band.  Bad Omens have tapped into a fresh and exciting sound and are certain to continue taking the metal community by storm.  I questioned early on if they would be able to live up to and capitalize on the hype they created leading up to this release, and the answer is: absolutely.  This album has it all and more. They are set to hit the road with fellow Sumerian label mates Asking Alexandria, Born of Osiris, After the Burial and Upon A Burning Body this fall, so if they roll through your town DO NOT miss them!