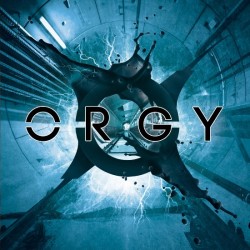 If I could put a one word summary on their EP, Talk Sick, it would be “catchy.” And for an artist that can be a really good thing. I noticed over my several times listening to this new album that even when I wasn’t listening to it songs like “Talk Sick”, “Spells” and “G Face” would constantly be playing in my head. Gordon has done a great job in constructing choruses that first in a live setting are easy and fun to sing along with and second embed themselves in your head on repeat. The verses are delivered to grooves that almost feel like they should be playing at industrial night out at the clubs. This fits the feel the first album had. At times though that can make you forget that there is in fact a band playing behind Gordon. It’ll be interesting to see how these pull over to a live performance.

Overall, this album is very enjoyable. I found myself rarely skipping over tracks. Highlights include title track “Talk Sick” which kicks right off with its bass heavy beat and big catchy chorus. Another song that you’ll surely be caught on is “G Face.” Jay Gordon and crew have crafted a fine EP that leaves us ready and wanting to hear what else they have in store.

*Revised Rating: 8/10* Hearing the tracks live and talking to the band about them made me understand and appreciate what they are trying to do as a band going forward.

- Previous article « Miss May I – Deathless