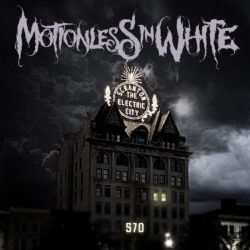 Motionless in White are ready to hit the road for the summer as part of the Vans Warped Tour. They promised earlier that they would debut a new song on the tour which has had fans fiending for any kind of sample of new music. Well, the band has done everyone a favor and dropped the new song right before hitting the stages.

The track titled 570 (Scranton, PA area code) hits hard right out of the gate. It has a feel of earlier work we saw on their Creatures album but with a more polished feel that we saw on the last 2 albums. It’s a nice blend of all the different elements we’ve heard from the guys in Motionless In White and cranks up the hype for this new album even more. But don’t just take my word for it, check out the song below!

Next article - Whitechapel – Mark Of The Blade »