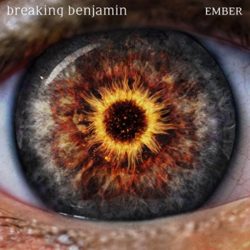 While I must first admit that I am not and have never been a Breaking Benjamin fan mostly because of my ties in with the metal scene, but also because of what I look for in my music, and I am actually all over the board with my music likes, and thusly dislikes. But I must admit that this might have been the easiest album to listen to in quite some time. I said to myself that, “Josh, you have zero time, so listen to it at the gym,” which I did and found that I got through it in a jiffy, without skipping any tracks and overall being entertained enough to keep my interest.

Breaking Benjamin for me personally tends to live in the same vein as bands like Chevelle and Disturbed, which is totally fine for 99% of the rock fan bases out there, because hell, something has to be played on the radio. We all know that we won’t turn on the radio or go to a rock festival like Aftershock and have bands like Goatwhore selling the most amount of tickets, it’s bands like this because they tend to appeal to the masses.

This is in no way a knock on the band or this album, and in fact as I was going through the album I found that it literally has everything packed into it. By everything I mean that it has those rock ballads that so many people find adorable like “Feed the Wolf”, but then also has tracks with heavy guttural vocals and a pretty great double bass that really drives tracks like “Psycho.”

That said, this album is a clear top choice in the mainstream rock world and it is clearly apparent why this band has been able to pack huge venues over the years and have really grown their fan base exponentially. Solid album that really punches when it needs to and doesn’t leave anything on the table.

Next article - CRISIX // AGAINST THE ODDS »