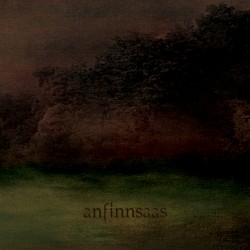 This is the debut album from a Norwgian duo named Anfinnsaas. If you like raw apocalyptic traditional Nordic, raw black, doom, and sludge grooves, and raw dark metal, then you are in for a treat. (Did I mention how raw their sound is?)

Anfinnsaas is just a couple of dudes creating music, and it sounds gnarly. (In a good way) This quote from their press release says it all, “Their self-titled debut album, coming in the autumn of 2015, is an earth-shattering blend of Nordic traditional music and metal. Taking their main inspiration from traditional Nordic tunes, Anfinnsaas wanted to have a fresh and new sound that differs from the metal sound of today. The duo format gives the band room to explore new ways of playing and incorporating different soundscapes, as well as allowing them the freedom to indulge in an over-the-top chaotic style, showcasing their virtuosity on their instruments, without heading into self-indulgence.”

I’ve listened to this album several times enjoy it more with each listening. The dark moods and tuned down sound resonate through your skeleton. You feel the weight of the music, than it explodes with sudden black metal energy. Some of the guitar work on the song “Anfinnsaas”, has a first wave black metal sound reminiscent of Hellhammer.

Their self-titled debut album is 6 solid tracks of metal, I enjoyed Anfinnsaas greatly.